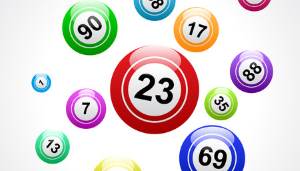 In the early 2000s, just around the time online bingo started to take off, there was a real fear that traditional bingo halls would disappear from the UK high street. Over the years, many factors were blamed on the closures: the smoking ban, cuts to local council budgets for non-essential spending. Of course, like every other type of high street outlet, the challenge from online competitors was also seen as a major factor.

That statistic bucks the trend of the gambling industry (there was a 3.2% decrease in the number of betting shops in the UK over the same period), but it also comes at a time when the UK high street is facing a challenging time. Familiar names, such as House of Frazer, Toys R’ Us, New Look and Prezzo, have all been in the headlines for closures recently.

The good news is that bingo halls are not making gains at the expense of the online versions or vice versa. In 2004 there were an estimated 20 online bingo sites operating within the UK’s jurisdiction. Today, 413 bingo brands are available online for UK players. The game itself seems to be in rude health.

The truth is that, unlike several retail brands, bingo halls have chosen to adapt to the challenges posed by online competitors, not stand still in the vain hope that the ‘internet is just a passing fad’. Other factors seem to have helped too, including a tax cut from 20% to 10% on bingo hall profits introduced in 2014.

But it is this willingness to adapt, embrace and offer something different that has stood bingo halls in good stead. The technology is there to have interconnected (progressive) jackpots that can grow to huge amounts by being funded by players all over the UK. They might not be able to regularly match the sizes of jackpots at online sites like Sun Bingo or Paddy Power Bingo, but often they can provide a big winner something to get ecstatic about. For example, on several occasion players have hit over £1 million in the National Bingo Game link up.

Part of the reason the halls can be so flexible is that many are owned and operated by bingo chains, such as Gala and Mecca Bingo. The former has 131 clubs dotted around the United Kingdom, whereas the latter has just under 100. This gives halls the opportunity to use technology to ‘connect’ games, offering bigger prizes than in the past.

But there is also evidence of bingo hall operators, both big names and independents, offering a more diverse experience than the ‘church halls’ of the past. Bars and restaurants have sprung up within the bingo halls, such as with Mecca Bingo’s huge complex in Nottingham. Other venues have used live music as a means to attract younger players, with some even combining the two by having special bingo cards marked off as you hear particular songs. And, of course, let’s not forget those are evening devoted to raising funds for local charities, often attended by celebs. The point is that bingo is part of the night out, but not the only part of it.

So, it seems bingo halls are on the rise again. It is a fact which would have surprised those who predicted their ultimate decline just a few years ago. The lesson learned seems to be one of happy coexistence with their online rivals. That attitude of adapting to the challenge and offering a better, more diverse product means that bingo players, of all types, are the real winners.