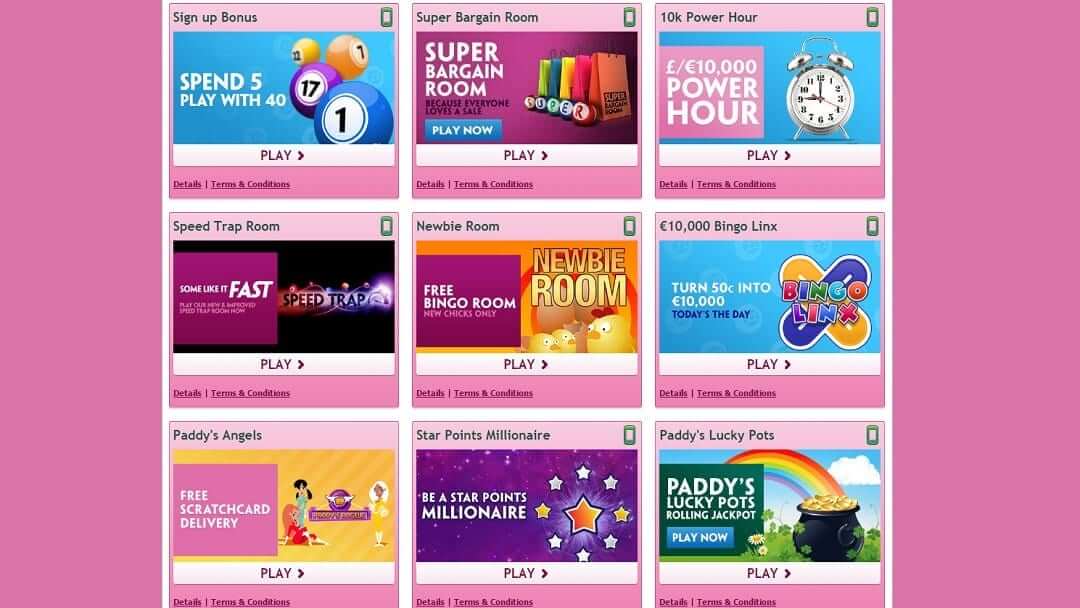 Technology has changed the way we play bingo, with more fans taking the fun of their favourite game to their computers, mobile phones and tablets.

The wide spread of the internet has made it possible to hit up any number of online bingo websites any time you feel like, from wherever you are. While you might struggle to replicate the atmosphere and thrill of sitting in the bingo hall with your friends and family, there are many reasons to make the most of the various versions of bingo available online.

Playing bingo from the comfort of your home is perhaps one of the most appealing sides of online bingo. But, it’s far from the only advantage of taking your bingo experience online.

The fact that you can play so many different games besides the traditional 90-ball bingo has turned out to be a big allure for many bingo fans looking to try out something new.

If you’ve been feeling bored of 90-ball bingo recently then it’s time to try out one of the following websites for some fun alternatives.

Now, Gala Bingo is a name even non-bingo players are familiar with, as it is one of the biggest bingo operators in the entire UK, with countless locations up and down the country. So it should come as little surprise that the company has some of the most expansive and diverse bingo offerings available today.

They operate an impressive 22 different bingo rooms, providing ample choice for every bingo fan out there. 90-ball games are available, along with 75-ball and 50-ball games too, and they even share a partnership with soap favourites Coronation Street and Emmerdale.

Prizes can be huge for many games, and there are daily deals available as well, bringing a new level of excitement for whatever days you happen to play.

With so many variations of bingo games as well as many slot games to play as well, this is the one of the best places to check out if you are looking for something a little new.PLAY AT GALA BINGO

Paddy Power are known for their somewhat controversial advertising campaigns, all of which have helped to earn them a cult following. Their website dedicated to all things bingo has been gaining a reputation on its own, and it is all because of their brilliant selection of bingo games.

Rooms are on the busier side, mind you. But that means bigger prizes too, so it’s certainly worth visiting if you are looking to win big. Along with the usual 90-, 80-, and 75-ball bingo games they have a great selection of branded games that offer something new and exciting.

‘Who Wants to Be a Millionaire? Bingo’ gives you the chance to win as much as £1 million in jackpot prizes. Other games such as ‘Deal or No Deal’ and various speed bingo rooms provide a good change from mundane bingo games too.

Speed bingo is certainly popular here too, with the Crystal and Speed Trap rooms providing fast and cheaper games that increase your chances of winning.PLAY AT PADDY POWER BINGO

A lesser known bingo site, Butler Bingo has earned a reputation among avid bingo players as one of the best places to go for all your online bingo fun. They provide a wide selection of games away from bingo too, with casino and slot games readily available alongside the many bingo offerings.

Apart from the standard 90-ball games they also offer the popular 75-ball bingo that is popular in North America. They have other branded games too, including Immortal Romance Bingo, all of which offer plenty of variety for any bingo players.

One of their most interesting rooms is the Broadway Room, which is separate from the network but happens to provide some of the best promotions on the website. Games feature fewer players in here, upping your chances for a win!PLAY AT BUTLER BINGO

With so many other bingo formats in offer, as well as exciting side games, online bingo sites certainly make it worth your while and add a great deal to the excitement of the game. Don’t forget to check out our in-depth reviews for all the details on the latest exciting bingo game offerings.