The Profile of a Bingo Player 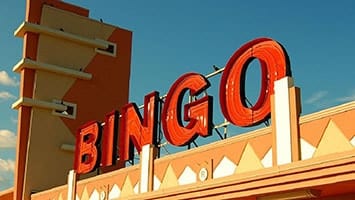 When it comes to bingo players, many be will be quick to assume that it is nothing more than older women enjoying some social time with their friends and family.

While there may be some truth to the thought that women of a certain age are the most frequent bingo players in the traditional halls, the picture is quite different when it comes to online bingo.

Online bingo has become massively popular, with most types of games available digitally these days anyway. The fact that you can enjoy just as much socialising in online bingo rooms as you can in an actual bingo hall has proven to be a big attraction for many players.

But what exactly is the profile of an online bingo player? Well, you might be in for a surprise.

There are lots of young players

Straight off the bat, players of online bingo are much younger than most would think. More than one third of online bingo players fall within the 25-34 age demographic, which is, of course, a far cry from the traditional stereotype!

Strangely enough, those who fall within the oldest age demographic of 55-64 make up the smallest cohort of players online. Now, this could be down to the fact that older players prefer to go to a traditional bingo hall or high street venue, but it still makes for a very eye-opening statistic.

Women make up the largest proportion of online players

The gender divide for bingo players is still pretty big, but there are signs that males have been frequenting online bingo more than many would think. Women make up 75% of all online players, with men lagging well behind with just 25%. But with so many people playing online bingo that’s still a surprisingly large number of men who log on to online bingo sites on a regular basis.

Players tend to be married or in a relationship

It could be down to the fact that singletons are out there trying to find that special someone, but the majority of online bingo players are either married or in a domestic partnership. According to the recent studies, over half of all online players were in fact married or in a relationship when compared to those that are single or divorced.

Rural areas or smaller towns have more players when compared to bigger locations such as cities. Locations such as Brampton in Canada, Gourock in Scotland and Chipping Sodbury in England were noted for having the most pages per visit. Gourock also had the longest game sessions on average too. They must really love their online bingo there!

People play online bingo for both excitement and relaxation

Almost half of all players surveyed admitted that they play the game online as a way to unwind and relax. Another popular reason for playing bingo online is that it provides a certain level of excitement for players, with 37% of respondents saying so. Other reasons given for playing include the thrill or buzz gained from playing, whilst other understandably enjoyed the idea of winning cash prizes.

More players describe themselves as outgoing

A stat that might surprise a few is the fact that the average online bingo player identifies as being extroverted. It’s another departure from a common misconception that online bingo players must be reclusive and somewhat introverted due to their decision to play online rather than offline.

All the stats and figures definitely help to show that online bingo players are not really what most people assume they are. It is open to a wide variety of players from all walks of life, showing just how universally popular the game can be!

Why not find out for yourself with one of our recommended sites. Check out our list of the best online bingo sites, claim a welcome bonus, and start playing today.